I have never seen the point of exams. If children cannot recall what they were taught two months ago, they will not remember it for life, probably because it was never worth remembering. An exam is like a Dickensian birching. It asserts power, and hurts.

A primary-school child of my acquaintance can handle counting and proportion, but he cannot access the world of complex numbers and algebra. In every way a lively, intelligent, creative boy, he is innumerate. For this harmless failing, he is accused of lowering his class score and his school league place. He dreads going to school.

This boy is a victim of the overpowering cult of maths, which modern education is as obsessed with as the ancients were with Latin. All the maths a normal grown-up needs can be read in John Allen Paulos’s admirable 135-page booklet, Innumeracy. Instead maths has been turned into a state religion, a national ritual, and for one reason alone: because proficiency in maths is easy to measure. 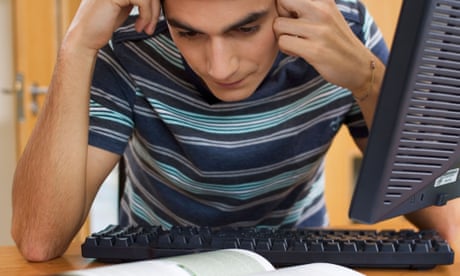 Whitehall officials would suffer agonies trying to measure creativity, imagination, life skills or self-esteem. But even a zombie can tell how many pupils can do an equation. Maths is now the most cited measure of performance. It is how we rank teachers, how we place schools in league tables, and how the UK fares in the world. It is as if schools were a vast ongoing Olympics medals feast.

At this time of year children, students and their parents endure weeks of stress, not for their own good but to amuse the government. Primary schools at risk of supposedly “failing” must torture children at their most vulnerable age. London secondary schools now report that half their pupils are buying private tuition to help with exams. School sports, art and music are being slashed to make way for maths and science “revision”.

When I was briefly a teacher, we used to argue over the uselessness of maths, the idiocy of revision and the stress of exams. Other teachers replied that they needed to know “how well we are doing,” as if there were no other way of telling. They fell back on the classic defence of pointless learning, that “it trains the mind”. They justified exams as “teaching stress”. They used to say that of flogging.

When school league tables were introduced in the 1990s it instantly led to a plague of testing and quantification. Whitehall set up its own schools to prove it could do “better” than local government, leading to a mess of centrally funded city colleges, trust schools, academies and “free” schools. They were meant to prove that local must be worse.

The evidence shows that how a school is owned or run makes no difference to how it performs. In 2016 the Local Government Association pointed outthat “only 15% of the largest academy chains perform above the national average, compared with 44% of council schools”. A 2016 London School of Economics study similarly concluded that turning primary schools into academies does not boost results.

An old cliche holds that no one knows the point of education, since we cannot see inside a child’s mind. But ask young people what they recall of their schooling and it is usually a remarkable teacher or a life-changing experience. It is not a league table performance. The current surge in holiday truancy is threatening parents with fines and worse. But who says going abroad does not enrich a child and a family, even if it inconveniences a school?

We now entrust the upbringing of the nation to a regime fixated with self-validation. Universities have spent years trying to calculate the worth of a degree or of academic research. The latest absurdity is to rank teachers by asking students to vote them “gold, silver or bronze”, and rank research by the number of citations from colleagues. Anything will do to cobble together a league table.

Britain is on its way to the purgatory of South Korea, where secondary-school children are made to cram for 14 hours a day to get into university, with suicidal consequences. It is like Athenian youths being trained for life by fighting each other to death. Current student mental health rates are appalling, so why make them worse when degree class is immaterial? The accountants Grant Thornton dropped their 2:1 entry requirement, and found graduates with poor degrees outperforming those with better ones. No one dared ask why. It might have called education’s bluff.

Teacher friends today talk of feeling like rats on a treadmill. They are slaves to targets and measurements, so they just teach the test. It is easier. The normal components of a rounded education go by the board. Schoolsbecome data factories, because data is the only food the modern state can eat.

• Simon Jenkins is a Guardian columnist

Ofsted forgets our four-year-olds are not GCSE apprentices

Once children were birched at school. Now they are taught maths

Ofsted forgets our four-year-olds are not GCSE apprentices